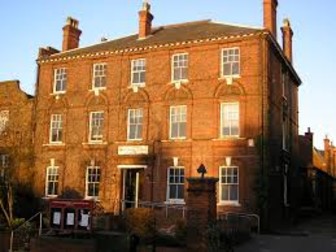 "It's extremely scary," University of Chicago student Ade Osadolor-Hernandez says. "It's extremely disappointing to see that we're still living in this condition, and that there is nothing that is being done to save our lives."

Osadolor-Hernandez, 20, is one of the members of Students Demand Action, a group that's been lobbying for tougher gun laws in the wake of mass shootings such as this week's in Uvalde, Texas, where a gunman killed 19 fourth-graders and two adults at Robb Elementary School.

But gun violence isn't just happening in schools, it's happening in the home, too, and it's becoming more and more common.

In fact, the US is now the only high-income country in the world where children are more likely to die from gun violence than from car accidents, according to a new study by the University of San Francisco and Harvard's Chan School of Public Health.

The study looked at data from 29 countries and found that the US accounted for almost 97% of gun deaths among children 4 years old or younger and 92% of deaths between the ages of 5 and 14. Read the Entire Article


How's Your Community Doing?
Check Out it's
Community Vital Signs
An Adaptive Launch Frees Everyone

When Shelly Kerchner started kayaking at a Pennsylvania lake, she was "free of metal, free to go where she wants, free of the need for assistance, except when getting into and out of the boat," she...more

"All I can think about is how blessed we are." That's howLydia Long, director of labor and delivery at Baptist Health Deaconess Madisonville in Kentucky, describes new equipment being installed in...more

Elias Barriga started his own research group in 2019 with a Ph.D. in Molecular Biosciences, and now he's a member of the European Molecular Biology Laboratory's Young Investigators program,...more

"We heard stories of struggle, but also voices filled with pride and spirit, that despite all odds continue to push forward and challenge deeply rooted systems of inequity." That's what the...more

"One who saves a life, is as though he saves the entire mankind." That's the message of Eze Esomchukwu Anthony, chairman of the Philanthropic Committee on Philanthropic Activities at the...more

The Cleveland Clinic has long been at the forefront of medical research, and now it's about to get even more at the cutting-edge of it. The medical institution has announced the creation of the...more

The state of Pennsylvania is dishing out $8.75 million in grants to four projects in the Philadelphia area, one of which will see a new medical campus built on an old industrial building, Philly.com...more

When Covid hit in Manitoba, the Canadian province's biotech industry took the lead in developing vaccines and responding to the public health emergency, the CBC reports. According to the Winnipeg...more

The Community Foundation of Northern Illinois is offering up to $3,500 in grant funding to youth-led groups in four counties in the state, WIFR reports. The funds are available through the In...more

Roshan, the first telecommunications company that transformed the âluxuryâ of a phone call in Afghanistan into an everyday convenience, Â became the first-ever, certified Benefit Corporation in the Middle East.