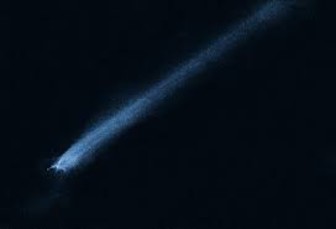 When Sunny Singh founded healthcare technology company Edifecs in 1996, he built it into a "unicorn" with more than 350 customers and 215 million lives under its belt.

Singh says he "was aware of this profound connection even while heading Edifecs, a healthcare technology company I set up in Seattle in 1996. During that time, I became intimately familiar with the healthcare system," he says."I realized that it was hinged on providing'sick care' instead of the preventive aspect of health."

So he started RoundGlass in 2014 to "democratize Wholistic Wellbeing across dimensions such as physical, mental, spiritual, financial, professional, social, community, and planetary." Singh says he wants to "bring the ways of means of living a life of Wholistic Wellbeing to people across the world."

In an interview with the Bazaar, Singh describes his entrepreneurial journey as "a rollercoaster ride, complete with ups and downs, as well as a humbling learning experience. It is vital to be empathetic to people around you, to listen to your team, and to forge real connections with them," he says.
Read the Entire Article


How's Your Community Doing?
Check Out it's
Community Vital Signs
The HUB For Community Innovation Is Filling The Gaps In Augusta

"This community has done something really amazing with these two buildings, and what we have in front of us is how we make these buildings come to life," Shell Berry, president of the Community...more

"We are thrilled to see the grant amount doubled from what we have received with CalVIP in years past," Kimbley Craig, co-chair of the Community Alliance for Safety and Peace, tells the Salinas...more

Using the Past to Create the Future As the Colorado Health Institute approaches its 20th anniversary in 2022, we reflect on our accomplishments over the previous two decades and are thankful for the...more

The town of Prince George, British Columbia, is getting a boost from a not-for-profit foundation that's been around for more than two decades. The Prince George Community Foundation has given more...more

If voters in the small town of Dexter, Mich., approve a 0.25-mill tax on Aug. 2, the Dexter Senior Center will be able to continue its 50-year run of providing a wide range of programs and services...more

"It's extremely scary," University of Chicago student Ade Osadolor-Hernandez says. "It's extremely disappointing to see that we're still living in this condition, and that there is nothing that is...more

A Factory In Illinois Has An Innovative Approach To Employee Wellness

A company in Arthur, Ill., has come up with a novel way to improve the health of its employeesï¿½and it's paid them big money to do so, NPR reports. The company, which makes auto parts, pays its...more

If you're in need of a helping hand, there's no better time than now. The Australian government is offering up to $1 million over the next five years for community projects that help those in...more

The Van Wezel Performing Arts Hall and the Van Wezel Foundation have teamed up with Resilient Retreat to help people affected by trauma. The not-for-profit organization "uses innovative arts-based...more

"The silence on our roads and in our schools and other public places was deafening and surreal. What many thought would be a couple of months of sacrifice turned out to be a prolonged period of...more

Stemming from a Kickstarter campaign, a recycled water bottle roof would provide shelter for disaster victims in light of the recent devastation caused by Typhoon Haiyan in the Philippines.

Sunny Singh Wants to Offer An Innovative Model For Proactive...